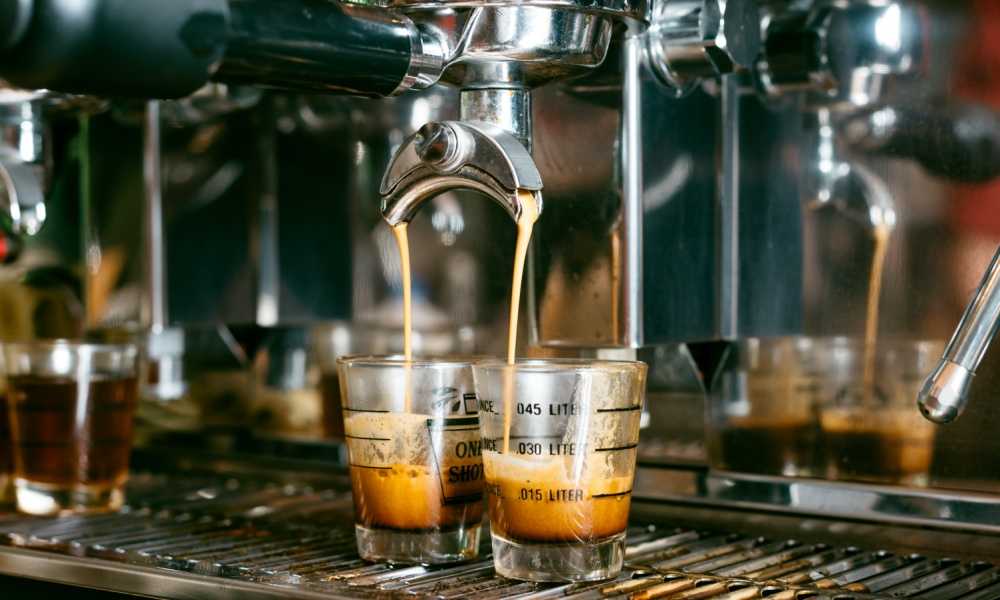 Be it by kismet or by pure chance, Keurig has risen to the top of the coffee pod industry with its relentlessly popular K-Cups. K-Cups make it possible to brew great tasting coffee in a matter of minutes and come in literally dozens of different flavors, but they are not compatible with all coffee makers.

To unlock the magic of K-Cups, you’re going to have to get your hands on a coffee maker that is specifically designed for their brewing. Enter the Aicok Single-Serve Coffee Maker. 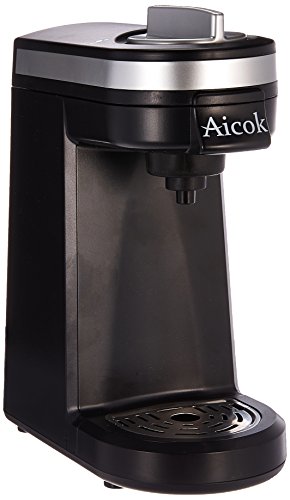 This is a single-serve coffee maker, which means it brews just one cup at a time rather than a full pot. By focusing on brewing a single cup, the Aicok Single-Serve Coffee Maker produces extra-strong coffee and does it in just two minutes. ​

It was first released in 2015 and is compatible not just with K-Cups, but with almost all coffee pods on the market today. Despite being a couple of years old by this point, this coffee maker remains unsurpassed in Aicok’s single-serve coffee maker repertoire and is likely to remain so for the foreseeable future.

As it is incapable of brewing multiple cups of coffee at once, the Aicok Single-Serve Coffee Maker is not the greatest option for those who share their home with fellow coffee aficionados or regularly host guests. If you live alone, however, you are unlikely to find a better single-serve coffee maker in its price range.

The machine’s Fast Brew technology makes it ideal for workaholics who don’t have too much time to dedicate to making a cup of coffee every morning. Its oft-touted lightweight design means it can even be picked up and taken with you to the office, which you’ll no doubt appreciate if you’re tired of drinking the watery instant coffee of the kitchenette.

When you purchase the Aicok Single-Serve Coffee Maker, you will receive a generous two-year warranty, so you’ll still be able to get your daily coffee fix should the machine malfunction prematurely. This coffee maker also boasts UL and ETL certifications, so you can be certain you are using a reputable product from a reputable brand. Inside the box, you will find the surprisingly small coffee maker along with an easy-to-follow set of instructions and a removable drip head and tray.

The Aicok Single-Serve Coffee Maker offers an abundance of features, such as the aforementioned Fast Brew technology, which produces a coffeehouse-quality cup of coffee in just a matter of minutes. A simple one-touch power button makes for easy navigation, so you won’t have to worry about taking time out of your already tight schedule to program brewing temperature and strength.

The lock brew lid located at the top of the coffee maker ensures your K-Cup is held in place for the duration of the brewing process, giving you more coffee per cup than the average single-serve coffee maker.

If you’re used to using instant or ground coffee as opposed to pods, K-Cups may seem a little intimidating. Fear not! They are easy to master and require arguably less effort than their ground alternative. In the below video, you will be shown how to brew K-Cups and similar pods using the Aicok Single-Serve Coffee Maker through a simple step-by-step demonstration.

Although the Aicok Single-Serve Coffee Maker isn’t going to bleed you dry, there are some less expensive alternatives you might want to take a look at if you are trying to stay within a budget. The HiBrew Single-Serve Compact Coffee Maker, for example, generally goes for in or around $40 and can brew K-Cups in no time at all.

It is also compatible with ground coffee, so you won’t have to commit yourself to using pods exclusively. Aicok offers a more traditional 12-cup coffee maker, which is arguably a better option than the Single-Serve Coffee Maker if you’re buying for your roommates as well as yourself, but it is not compatible with K-Cups or other coffee pods.

Keurig’s K-Cups require a really great coffee maker if they are to be fully appreciated and the Aicok Single-Serve Coffee Maker fits that description pretty nicely. Offering many of the perks of contemporary coffee maker technology without being complicated or intimidating, this machine makes preparing your morning cup of coffee easier than ever before.