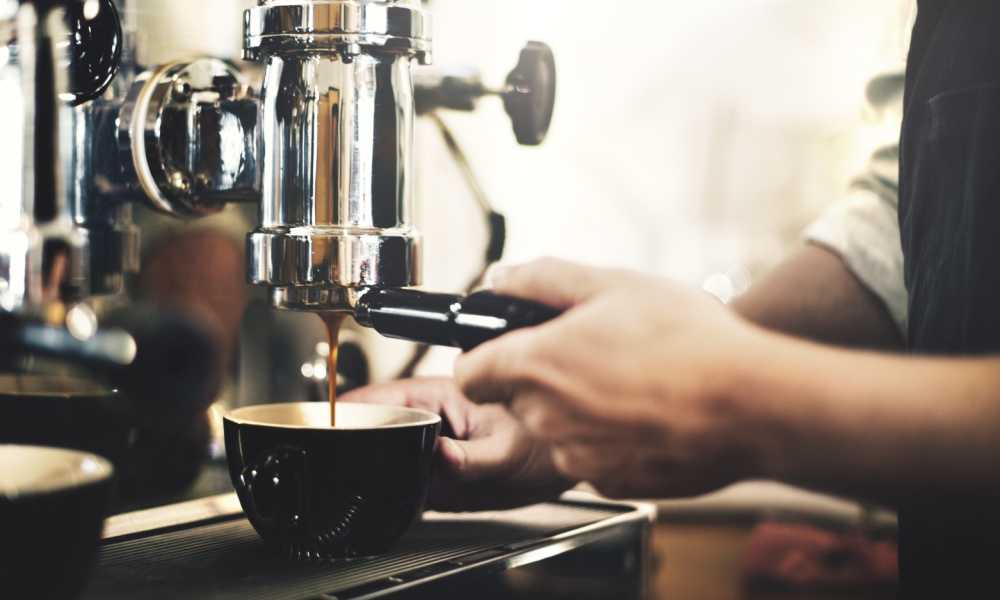 Some seasoned coffee aficionados will tell you that you simply can’t get the flavor offered by ground coffee from pods. While that was true at one time, the manufacturers of coffee pods have since mastered their art, with Keurig and Nespresso establishing themselves as industry leaders.

If you have recently converted to coffee pods and are in the market for a machine that will enable you to enjoy them and all they have to offer, we suggest you take a look at the Gourmia GCM5100.

The GCM5100 is arguably Gourmia’s most successful foray into the world of coffee pods and, though initially met with skepticism by many Gourmia devotees, has managed to turn the tide of consumer opinion in its favor through its many convenient features.

This coffee maker is compatible with both K-Cups and Nespresso pods, so you’ll be able to enjoy the most popular flavors of each at the push of a button.

While percolators might have some appeal for the casual coffee drinker, caffeine aficionados often complain that they produce only black coffee and are unable to recreate the rich selection of cappuccinos and lattes offered by more complex appliances. If you are one of those caffeine aficionados, you’re going to delight in the Gourmia GCM5100 and the many opportunities to which it opens the door.

With this machine, you’ll be able to enjoy cappuccinos, lattes, and even hot chocolate at the touch of a button. If you have to stick to a budget in your search for the perfect coffee maker, you should be advised that the Gourmia GCM5100 generally sells for close to $200. Add to that the price of constantly replenishing your supply of coffee pods and you could be looking at more than $1000 in coffee-related expenses every year.

Handle the Gourmia GCM5100 with care when unboxing it as you may find the included water tank has come loose in shipping. This is to be expected and is perfectly normal as the water tank is designed to be easily removed in order to streamline the cleaning process.

The included drip tray and grate are also removable, so make sure they don’t fall out of the packaging upon first opening. Also present in the box are interchangeable coffee and espresso inserts, which are to be used in accordance with whatever kind of hot drink you wish to brew.

Over the years, Gourmia has earned something of a reputation for producing feature-rich coffee makers and the brand’s GCM5100 is no exception. Among the GCM5100’s most notable features is its easy-to-read digital display, which allows you to set your own temperature and cup size for a customized cup of coffee every time.

This machine also boasts an electromagnetic pump system which works in conjunction with its included milk frother to produce perfectly crafted cappuccinos and lattes. Adding to the convenience of the GCM5100 is an automatic rejection and collection feature, which disposes of used cups and capsules by storing them in an easily accessible waste container.

The Gourmia GCM5100 is one of the most innovative coffee makers on the market today, but that doesn’t mean it is difficult to use. By consulting the detailed instruction manual that comes included with the machine and following the step-by-step brewing guide in the video below, you’ll be able to make the perfect cup of coffee from the moment it is ready to be turned on.

Gourmia has produced a number of alternatives to the GCM5100, including the Gourmia GCM5000 and the Gourmia GCM7000, but the differences between any of the aforementioned machines are minimal, so if you don’t think the GCM5100 is right for you, there is virtually no chance that any of Gourmia’s other pod-based coffee makers will be.

If you want to save some money and are willing to sacrifice a couple of features to do so, we suggest you try the Single-Serve Coffee Maker from Aicok, which is compatible with K-Cups but won’t cost you quite as much as the Gourmia GCM5100.

If you love coffee enough that you’re willing to drop close to $200 on a coffee maker, you’re going to have a hard time finding any coffee maker more deserving of your money than the Gourmia GCM5100.

With the ability to read both K-Cups and Nespresso capsules, along with similar pods, this is one of the most versatile coffee makers on the market today and will allow you to experiment with dozens of different flavors from the comfort of your own home. The Gourmia GCM5100 would also make the perfect Christmas, wedding, or birthday gift for the hard-to-buy-for coffee lover in your life, particularly if you are planning on spending a lot of time in their house!

How to Clean a Cuisinart Coffee Maker: A Step-by-Step Guide