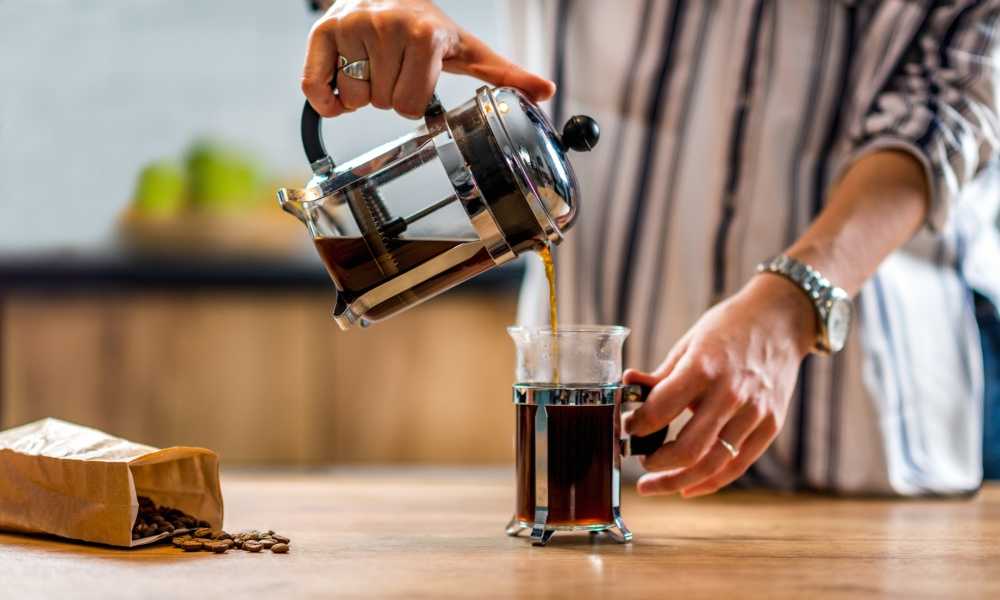 From cappuccinos to espressos to hazelnut frappes, coffee making is seen as a fine art. A skill that only baristas knew has now become something you can do in your own home.

Thanks to coffee machines being readily available, almost anyone can now brew coffee that would impress even the biggest coffee enthusiast

There are so many recipes available for delicious cups of coffee, but one of the most recent controversies is whether to use an electric coffee machine or a French press.

Both are useful for different applications, and the choice lies in what type of coffee drinker you are, and how you like your coffee to taste. So, is french press coffee stronger?

What Is a French Press?

While most Americans are more familiar with drip machines, a French press is widely used throughout the rest of the world. Despite its name, the French press was invented in Italy, and patented in 1929. After several changes, the machine became popular all around Europe, then spreading worldwide.

A French press is very simple, and consists of a stainless steel or glass jug with a handle, a lid with a plunger, and a cylindrical stainless steel mesh piece attached to the plunger.

Why You Should Choose a French Press

The biggest benefit of using a French press is that you can make your coffee based on your personal taste. The size and type of grounds used, the amount of time you leave the coffee to steep, and the water temperature all impact the taste of your coffee.

The majority of French press owners prefer grinding their own beans rather than buying grounds. This is because you can then control how coarse or fine your grounds are. Finely ground coffee results in more bitter coffee.

French press coffee also retains a lot of the natural oils from the grounds. These oils give coffee its rich taste. As there are no filters used with a French press, the natural flavor isn’t filtered out.

Another big benefit of a French press is portability. It uses no electrical connections, it doesn’t need a stove to heat it, and it is small enough to be carried in a bag.

French press coffee is one of the best cups of coffee you can have. Its rich and vibrant flavor is unparalleled by drip coffee machines.

Additionally, you can save yourself a great deal of money by brewing your own French press coffee while still enjoying a delicious taste.

R2D2 French Press: Satisfy Your Inner Geek and Caffeine-Loving Side

How to Use a French Press with Ground Coffee